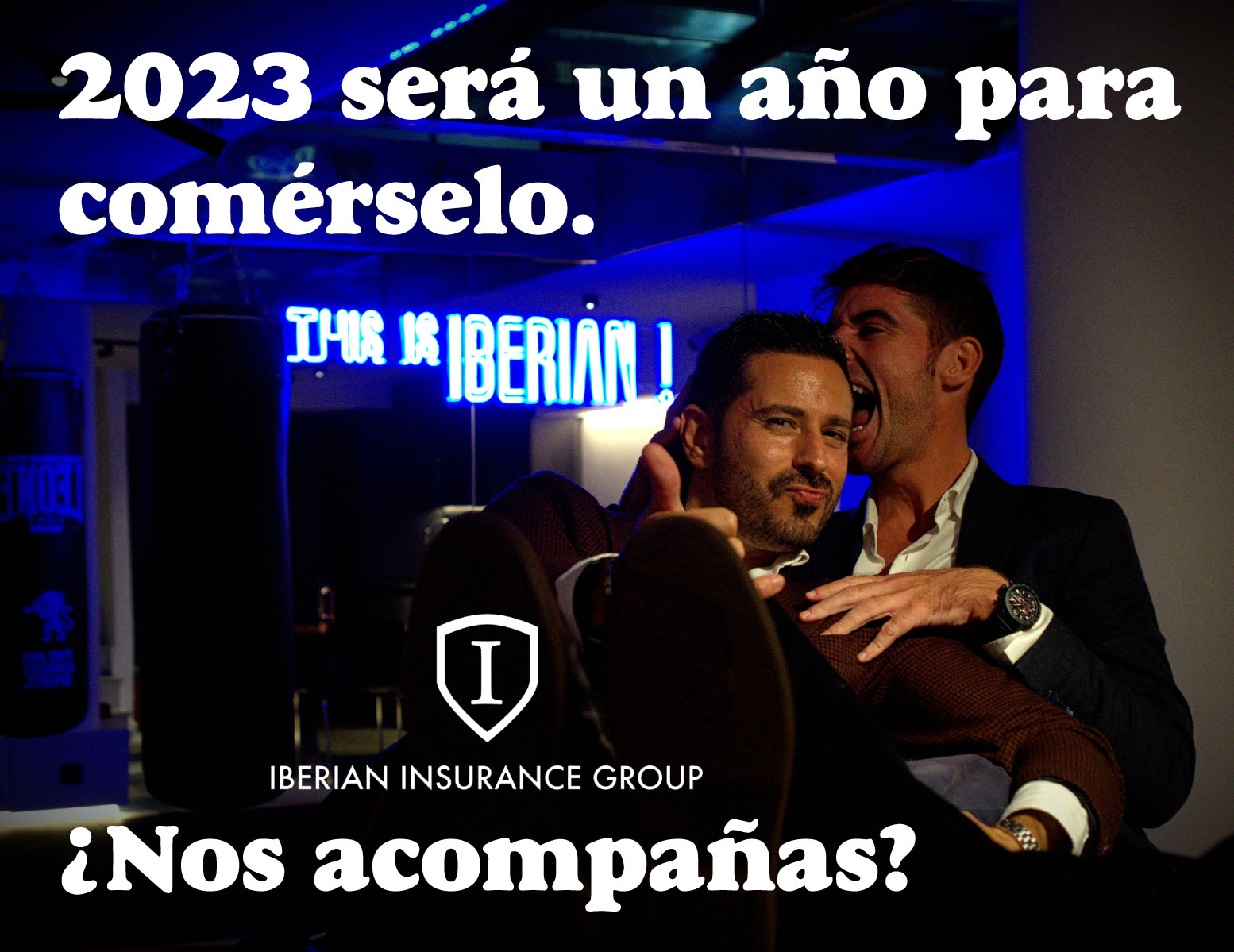 As we do at the end of every year, it’s time to take a look back over the last 12 months at IBERIAN Insurance Group. Will you join us on this journey to remember what we’ve done in 2022?

2022 began with a visit to IBERIAN’s new headquarters in the first issue of Actualidad Aseguradora magazine, published by INESE. In February, after a break in 2021 due to unforeseen circumstances, IBERIAN once again attended, as a Lloyd’s coverholder, the Insurance Week organised by INESE at the North Convention Centre of IFEMA (Madrid).

INESE published a business space report on the subject in which both IBERIAN and Alea Cover, an underwriting agency of which IBERIAN is the main partner, took part.

Likewise, IBERIAN Insurance Group attended the (Re)Insurance Week in Miami (United States) to learn first-hand, and as part of its expansion strategy, how one of the world’s insurance and reinsurance centres operates. Dario Spata and Cristian Mateos, CEO and Senior Underwriter & Partner, respectively, travelled across the seas.

In March, IBERIAN participated as a collaborating company in Howden Iberia’s “I Jornadas Estratégicas para líderes: conectando ADN’s”. “It is always a pleasure to collaborate and accompany Howden Iberia and, especially, Ignacio Parejo, José Álvaro García, Ignacio Alarcón, Miguel García Pedrajas… with whom we have had not only a professional relationship, but also a great friendship for many years. Working with such a close company, and at the same time with such international projection, is a great pleasure, and to count on IBERIAN Insurance Group for an event like this, a great honour,” said Spata.

In April, Spata participated as a guest on the programme “Bajo lupa” broadcast by El Toro TV Sevilla and Radio Intereconomía Sevilla. The CEO of IBERIAN presented the company, its beginnings, its history, products and other topics of interest.

That same month, IBERIAN, as part of its Corporate Social Responsibility strategy, sponsored the book Liderazgo y gestión de equipos imperfectos, written by Zacarías Romero and published by Editatum. This book works on the role of the leader from the inside out (body, mind, emotion and spirit) to bring about a definitive transformation that has an impact on the person and their results, helping to generate high-performance human teams.

In June, and after several consecutive years as part of the ’40under40′ list, drawn up by INESE and the Association of Young Insurance Professionals (AJPS), which recognises young leaders in the insurance sector, the jury and the organisers of the list wanted to recognise for the first time 12 professionals who have been part of this selection in previous editions and who have already taken important steps in their careers, with even more relevant positions.

Thus, among the dozen chosen was Darío Spata, who said he was “very proud to receive this recognition for his growth in recent years, not only professionally, but also personally and hand in hand with my young team. To belong to this select group of 12 professionals, some of whom I have a great friendship with over the years, is a great honour”.

Events after the summer

After the summer break, the XII WTW Networks Forum took place in Oviedo in September, an event in which IBERIAN participated as a collaborating entity, as has been customary in recent years. On behalf of the Sevillian underwriting agency, Darío Spata, accompanied by Cristian Mateos, and Pablo P. Meléndez, attended the event in Oviedo.

In October, the presentation of the second edition of ‘Who’s Who’ of ABC de Sevilla, the largest business directory in the province of Seville, was held in which IBERIAN Insurance Group could not be absent. The Sevillian insurance underwriting agency was represented by Darío Spata and Andrés Ortiz Moyano, CEO and Communications Director, respectively.

Also in October, the ILICA Event 2022 was held at the Palazzo Mezzanotte in Milan (Italy), the traditional annual event organised by Lloyd’s Europe, which was attended by IBERIAN Insurance Group, represented by Darío Spata and Cristian Mateos, as Lloyd’s coverholder underwriting agency.

And we close 2022, informatively speaking, with the celebration, in November, of IBERIAN’s eighth anniversary, titled on this occasion #I8erianDay, an event attended by nearly a hundred mediation professionals, representatives of binders and other personalities from the Spanish and international insurance sector.

At this event, Spata announced the closing of 2022 with double-digit growth that will double in 2023 thanks to a corporate growth strategy based on new acquisitions, as well as the expansion of the catalogue of insurance products and capabilities through new international binders.

“This year behind us has been a challenge that we have been able to overcome in an outstanding way and which has also helped us to grow as a company, as managers and, above all, as people. And this growth, which will undoubtedly be reflected in 2023, is possible thanks to the entire professional and human group with which we work every day – insurers and network of intermediaries – to offer the best insurance solutions to our customers. In other words: thanks to you,” said Spata in his Christmas message.